Tanzania is probably Africa's most geographically diverse country, with
Aqua-Firma's expert wildlife & marine life teams available to help you experience every corner of it. Its legendary savannahs include Africa's largest protected area; 'islands' of rainforest are found throughout the country; at its peak, Mount Kilimanjaro is the World's highest free-standing mountain; and its coast has some of the Continent's healthiest and most diverse coral reefs.

Lions, elephants, leopards, wild dogs and lots more populate Tanzania's savannah game reserves from Selous and to Tarangire; whilst the World's biggest migration of large mammals centres in the Serengeti National Park. When pastures are green, hundreds of thousands of newborn wildebeest fill the southern plains; and during the dry season, we can observe dramatic river crossings where huge Nile crocodiles snap off as many wildebeest and zebras as they can chew. Our year-round small group and privately guided safaris can take you to see the big five and more.

In addition to the Serengeti, our North Tanzania Safaris can take you to the largest crater on our planet at Ngorongoro; to one of Africa's best places to see herds of elephants at Tarangire; so the early origins of mankind at Olduvai Gorge. 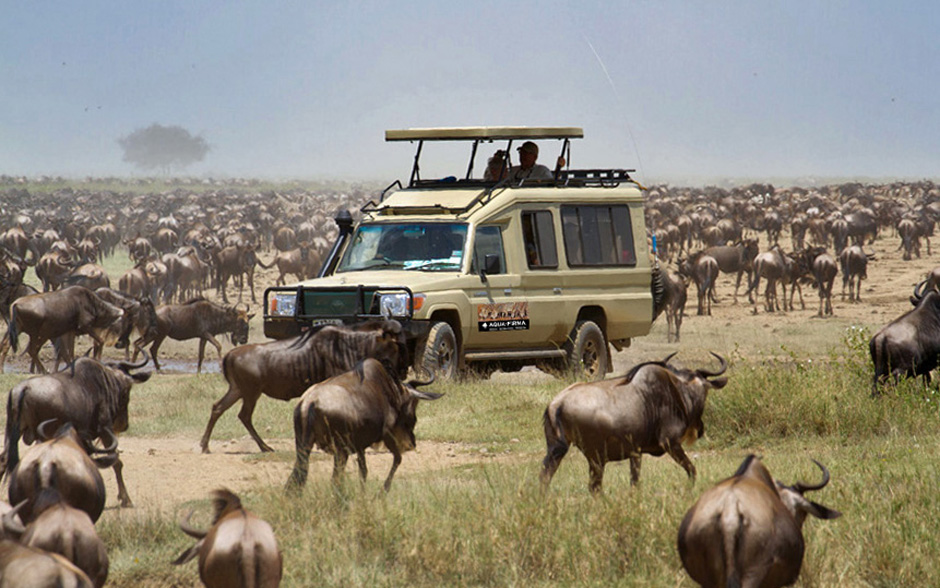 Amongst more than fifty Indian Ocean Islands, from Mafia, Pemba, Zanzibar, Chumbe & Fanjove, we know where to get you in the water amongst stunning coral reefs, both snorkeling & scuba diving. Each November and early December, you can join our international Whale Shark Research, Coral Reef & Photography team at the best time and place to see whale sharks off the east coast of Africa.

Above water, Tanzania has some simply stunning white sand and golden beaches; rich mangrove forests; seas dotted with traditional sailing dhows; and on Zanzibar in particular, you experience Africa's coastal Islamic heritage, both in its people and the architecture of Stone Town - the headquarters of the former Omani slave traders. 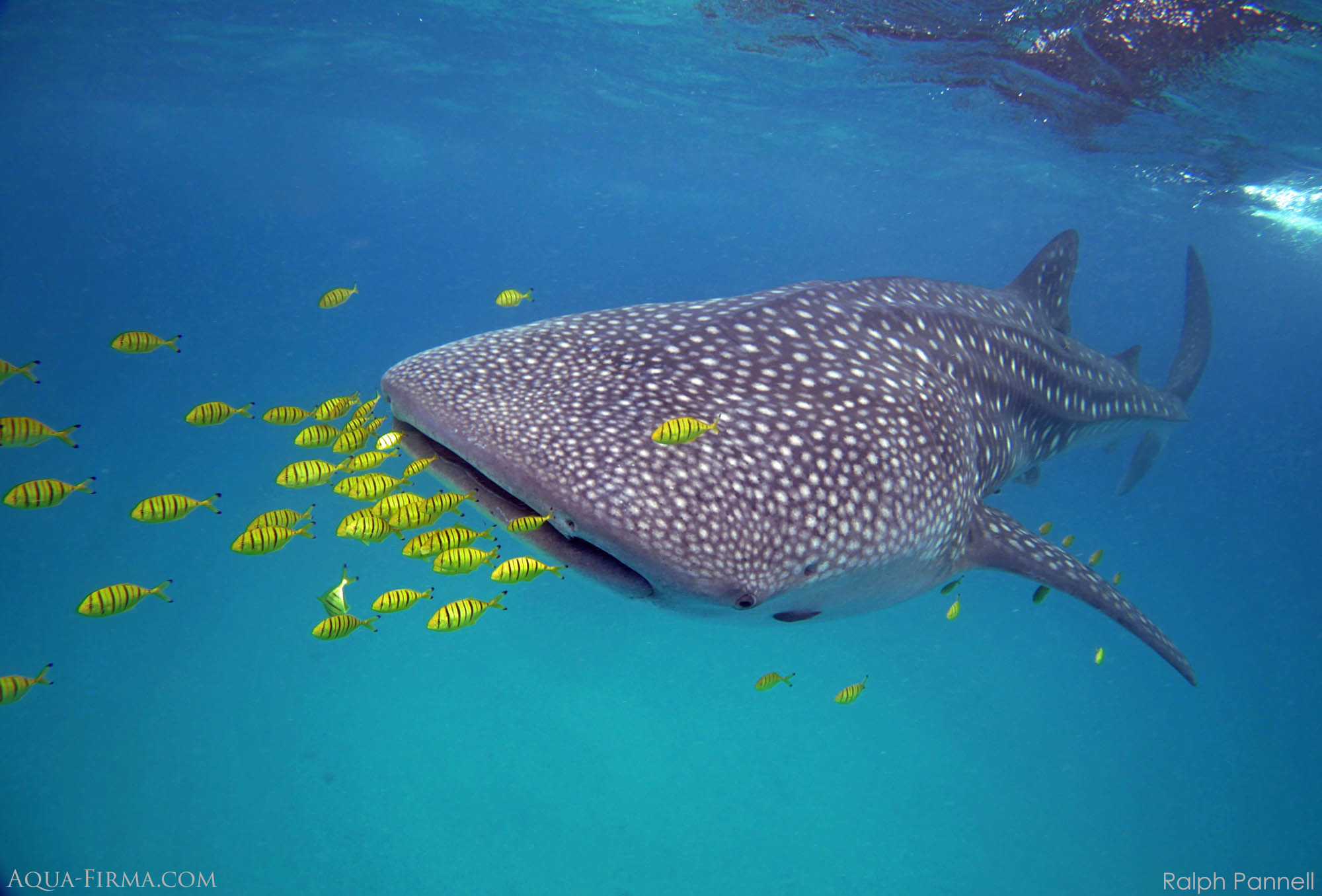 The rainforests of East Africa are like lush green islands whose separation and topographic differences have encouraged them to develop many unique species. Our tailor-made safaris can take you to rainforest areas throughout Tanzania, be that on the islands of Pemba and Zanzibar; to the Udzungwa Mountains where we find Tanzania's tallest waterfall; and the tropical forests of Mahale and Gombe along the coast of Lake Tanganyika where troops of chimpanzees have famously been studied by Jane Goodall.

The slopes of Mount Meru in the Arusha National Park provide an easily accessible area of montane forest in the north of Tanzania; whilst tropical forest on the slopes of Kilimanjaro provide a welcome splash of life on one of our private treks to the summit.

Aqua-Firma operates privately guided treks along all routes to the summit of Kilimanjaro, Mount Meru and Mount Ol Doinyo Lengai. Our treks up Kilimanjaro are designed to provide an intimate experience of these mountains, paced according to you, with a local expert leader whose knowledge of the mountain, First Aid and emergency procedures will keep you safe; whilst their knowledge of wildlife, birdlife, plants and cultures of Tanzania will help you to enjoy more of this stunning mountain than just the magnificent views you can hope for. 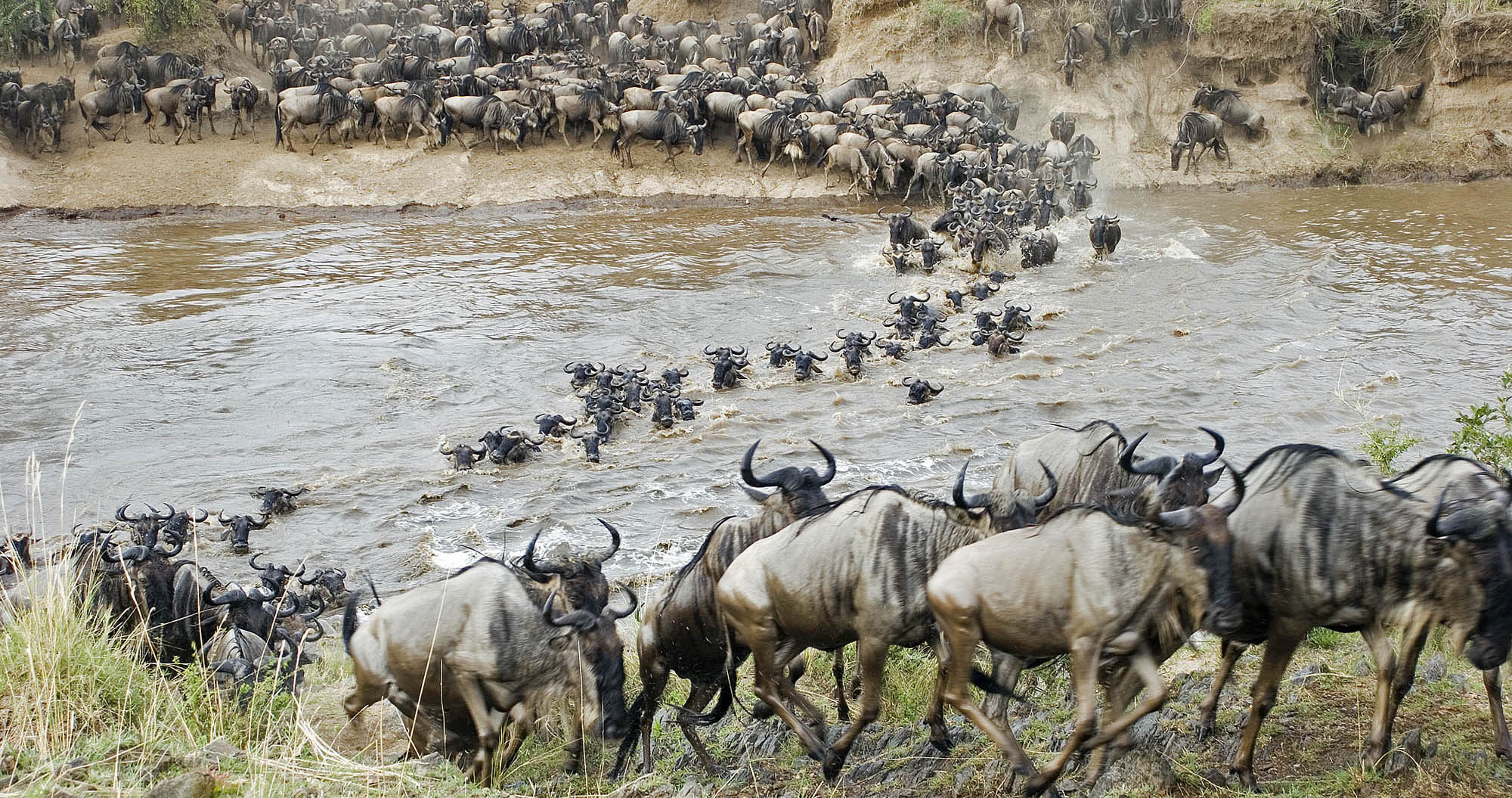 Some of the beautiful forest areas we can take you to include the Arusha National Park; the southern Udzungwa Mountains; and Tanzania's most important chimpanzee habitats of Gombe and the Mahale Mountains set beside Lake Tangayika. On the island of Pemba, we can take you to the UNESCO World Heritage Site of the Ngezi Forest, as well as some smaller forest areas which are home to the endangered Pemba Flying Fox. On Zanzibar, we explore walkways through mangroves and the Jozani coral rag forest to see the endemic Red Colobus monkey.

Aqua-Firma offers tailor made and small group experiences throughout Tanzania with a special focus on what we consider to be some of the greatest wilderness, wildlife and marine life experiences available.

FROM
£3,390
US$4,090
Private Safaris to witness one of the highlights of the World's largest mass migration of large mammals
View details
Enquire / Book