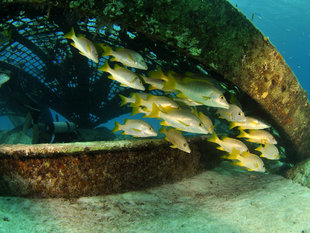 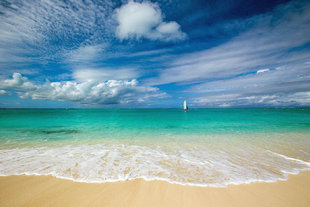 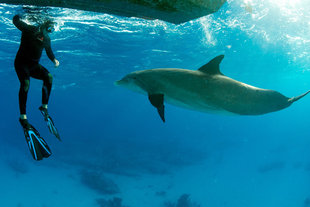 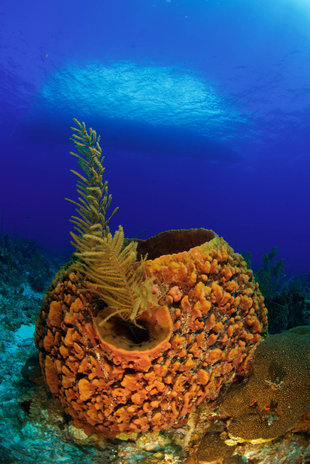 The Turks and Caicos islands are a small, British overseas territory and biodiversity hotspot. They are often overlooked and overshadowed by the Bahamas to the north west and the regional giants of Cuba and Hispaniola to the south. For lovers of tropical islands, diving, snorkelling and marine life in general, the Turks and Caicos and are an undiscovered Caribbean gem.  They have some remarkable underwater topography, with coral reef systems in excellent condition. Many reefs are superb for snorkelers, starting at depths of perhaps 10m of less, but it's the sudden ocean drop offs that have attracted the attention of scuba divers.

On land, the islands boast a laid back, colourful Caribbean and British Colonial atmosphere, with many early colonial buildings still in existence. The islands are also famed for their beautiful white sand beaches, remote coves and lovely opportunities to get away from it all and relax in a magnificent natural environment.

Of the 40 islands which make up the Turks & Caicos only 8 are now inhabited. They are generally low lying and are divided into two geographical groups: the larger but generally sparsely populated Caicos Islands, which are geographically part of the Bahamas Chain; and the smaller Turks Islands to the east. Dividing the islands is a spectacular deep water passage, dropping almost vertically to more than 2000m, known as the Columbus Passage.

The Columbus passage, with its sudden drop from 12m to more than 2000m within half a kilometre of the shore of Grand Turk, boasts more than 20 superb dive sites. Along the Southern edge of Caicos Chain, the Caicos Bank drops from the shallow lagoon of the Caicos Bank at around 12m, suddenly to a depth of more than 1800m, showcasing spectacular coral walls along its South Western Edge. Ocean trenches bring up rich nutrients from the depths and the seas around the islands attract a spectacular range of marine life including green and loggerhead turtles, spotted eagle and manta rays and a wide range of shark including blacktip, Caribbean Reef, bull and tiger sharks. Hammerheads are also sometimes seen.

Humpback Whales are also yearly visitors to the Turks and Caicos Islands, passing through the islands on there way to their breeding grounds of the Silver Banks between Jan-March each year. Playful Bottlenose dolphins are resident year round. Salt Cay, south of Grand Turk has been designated a UNESCO world heritage site, both for it's historic value and importance to migrating whales and for unique wrecks.

There is growing evidence that it was here that Columbus made his first landfall in the Americas, swept in by the strong currents of the passage, rather than the Bahamas to the North West, and indeed by the 16th Century   all of islands original indigenous peoples, the Tainos had disappeared, largely due to diseases brought by the Europeans.

The deep trenches which rise suddenly with its barrier reefs, have created a rich marine environment which is also famously treacherous for Caribbean sailors. The Caicos Bank claimed great numbers of Spanish Galleons between the 16th and 18th Centuries and Salt Cay boasts the only unsalvaged 18th Century wreck in the world. This is the Endymon - which is a National Monument and a dive site, sunk in 1790 and still loaded with her original canon.

Most of the Turks & Caicos Islands are uninhabited, so nature has a chance to do well. North, Middle and East Caicos are conservation priorities boasting some beautiful mangrove and wetland habitats.  Sites here have been designated as RAMSAR wetlands of international importance.

Middle Caicos boasts cave systems formally inhabited by the Taino Indians. The tallest of the Middle Caicos islands boast some lush forested areas and off shore cays, designated as nature reserves for many of the islands' 175  bird species. These include flamingos, ospreys, red tailed hawks, frigate birds, pelicans and belted kingfishers. 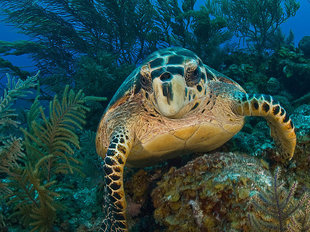 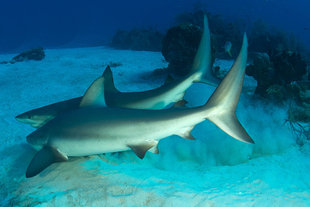 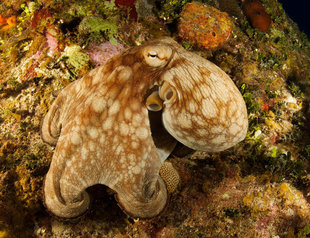 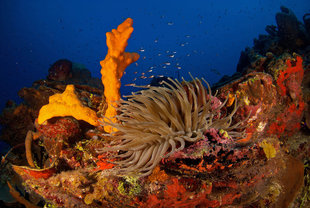 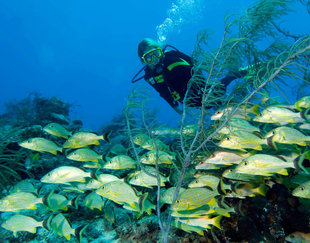 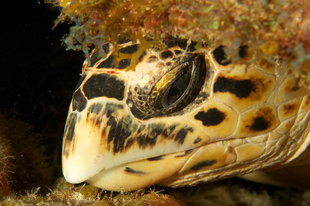 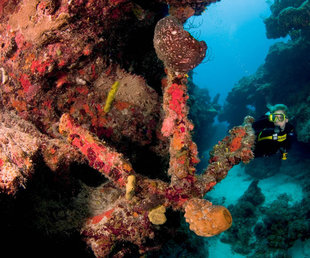