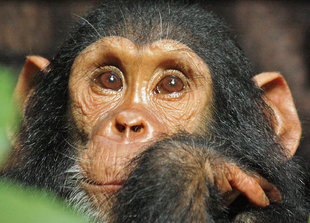 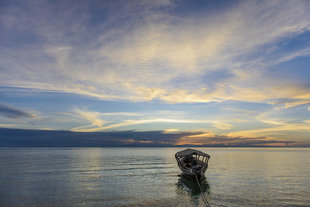 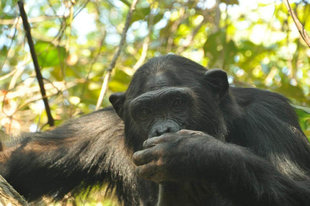 Mahale Mountains contains one of Tanzania's many islands of rainforest in an otherwise predominantly bush and savannah ecosystem. Each island of tropical forest has evolved in isolation, so each can have a very different ecological make up and often endemic species.

Compared to the eastern forests of Udzungwa and Uluguru, Mahale is home to a significant population of Chimpanzees. Other species of mammals, plants and birds within its evergreen forests are also more often associated with West Africa than East Africa. Examples include its West African squirrels (the giant forest and red-legged versions) and the brush-tailed porcupine.

Mahale has become even more of a forest island than it once was, disconnected now with the smaller but more famous Gombe Stream National Park - former home of Dr Jane Goodall who under the original wing of Louis Leakey's Great Ape research programmes, led much of the Anglo research into wild chimpanzee behaviour. In Mahale, research has since 1968 been led by Japanese primatologists from the University of Kyoto.

Accommodating you on the beachy shores of Lake Tanganyika, Aqua-Firma can take you trekking into Mahale's forests in search of habituated groups of chimpanzees. Just as in Uganda where we do this, there are a few rules to follow. Since chimpanzees are so closely related to humans, they can contract many of the illnesses that we can - so if you are suffering a cold, flu or anything else, then you will, for the sake of these ever decreasing Great Apes, have to experience Mahale or Lake Tanganyika in a different part of the park that day. If you do manage to meet with your ancient cousins of Africa, then you can get no closer than 10m and for a maximum duration of 1 hour. Your memories of this often moving connection will last substantially longer.

Chimpanzee tracking is necessarily conducted with a park ranger, who will be making sure that you also stay safe in a forest where leopards reside. There is a huge amount more life besides, including the very attractive Red Colobus and Black & White Colobus monkeys. Plant diversity is impressive, as is the birdlife and insect life. Especially noticeable are the butterflies.

Tropical forest dominates the western side of the Mahale Mountains, almost from lake water level up to an altitude of 2,300m.  The forest is a combination of montane and bamboo forest. Above that level we find grasslands. The drier eastern slopes are dominated by miambo and acacia woodlands and the park also incorporates savannah in which more 'traditional' safari wildlife can be seen. That includes elephants, giraffe, zebra, buffalo, warthogs, roan antelope, spotted hyenas, lions and some rare sightings of African hunting dogs.

You might see an antelope coming down to the beach for a freshwater drink; but the greatest life on the lake is beneath the water in the form of a vast diversity of Cichlid fish. Cichlids are the same fish we find in household freshwater aquariums, since sea species would require the correct level of salinity to survive. The incredibly deep Lake Tanganyika is one of two main lakes in which cichlids are find in great abundance and variety. The other is also in the Great Rift Valley and that is Lake Malawi. On a journey with us to Mahale, you will be able to snorkel in search of cichlids if you wish. If you travel with us to Lake Malawi, which we approach from Malawi, you will be able to snorkel and scuba dive if suitably qualified.

Our other options for chimpanzee tracking are Kibale Forest and the Kyambura River Gorge, both in Uganda. Please Contact one of our wildlife and marine life experts for further details. 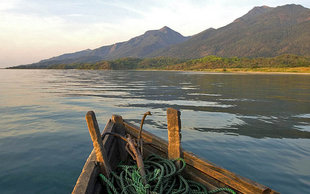 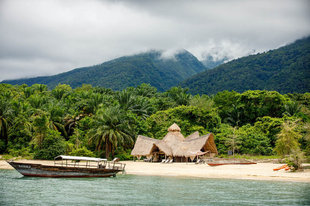