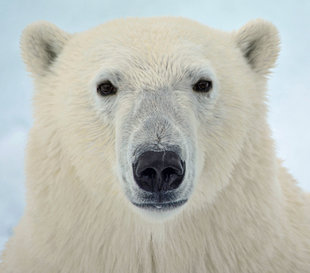 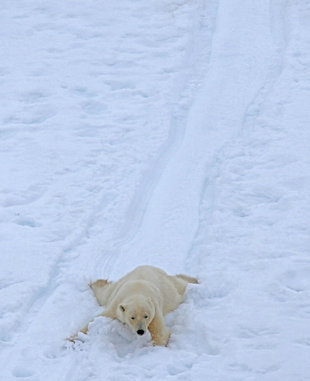 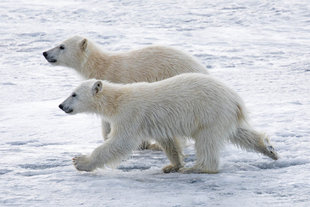 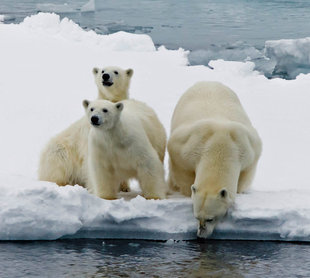 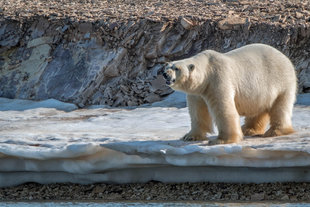 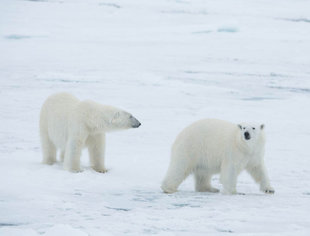 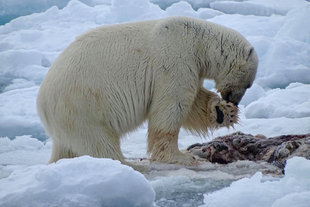 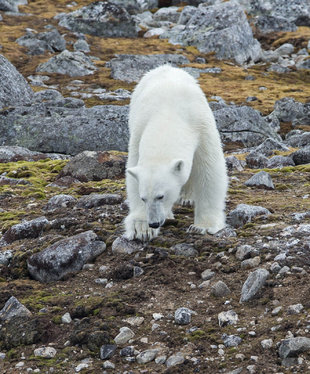 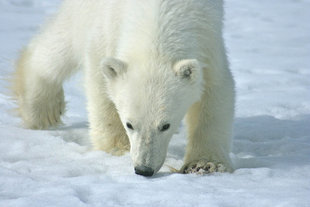 Gentle; enigmatic; ferocious; the polar bear is all of these and much more. The unequivocal Lord of this Arctic realm, the polar bear walks mile after long mile, searching for food in a desolate land. Persecuted throughout history and globally declining in number due to Climate Change, this top predator is for now surviving as a stable population on Spitsbergen, with anecdotal evidence hinting at a population increase, even.

Diet: Across Svalbard, polar bears typically prey on seals, preferring ringed seals, needing on average, one seal per week. In summer, bears eat almost anything and include birds, berries and carrion in their diets.

If very hungry, a polar bear may try to take on a walrus but this is a dangerous undertaking since adult walruses are twice their weight and their tusks offer a formidable defence. Opportunistic prey can include narwhal or beluga, trapped in 'ice lagoons'.

Habitat: polar bears usually live in habitats associated with pack ice and may spend their entire lives on the ice itself. In Svalbard in the summer, bears can often be seen on beaches or drift ice.

Biology: Polar bears breed in Apr and May but due to the actions of delayed implantation, the female does not become fully pregnant until autumn time. Gestation is two months and after giving birth, the mother encloses herself and her cubs in a den in the ice, where they stay for 5 - 6 months.  During this period the cubs grow from a 680g blind and naked newborn to an 11kg young bear. A polar bear's coat has two layers. Hollow guard hairs provide a waterproof outer barrier, whilst the inner coat is finer and traps warm air close to the body. Whilst the hair is white to camouflage it amongst the snow and ice, the skin is black to help hold in heat. This largely-solitary species has good eyesight and a keen sense of smell.

Historical: Polar bears were hunted throughout the history of Svalbard for their meat and skins.  In the 1950s, 'safari' hunts were common, where the aim was to visit the Arctic and kill a bear! A common method for killing bears was to use a baited box with an attached gun aimed at the bait. Thankfully, the 1973 International Agreement on the Conservation of Polar Bears out ruled this and commercial hunting. The treaty protects indigenous rights to hunt bears.

Notes: The polar bear population across Svalbard is approximately 3000.  They can live for over 25 years and the largest recorded in Svalbard weighed over 850 kg. The polar bear is an 'apex' predator, as it is at the very top of the food chain but consequently, this means that it suffers from the numerous effects of heavy metal poisons and PCBs, which build up through the food chain.

Trivia: The polar bear is one of only a few mammals known to (sometimes) practice polyandry as a mating strategy: where one female selects several males. 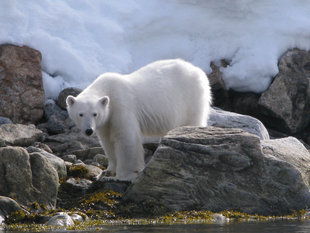 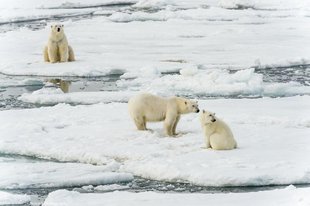 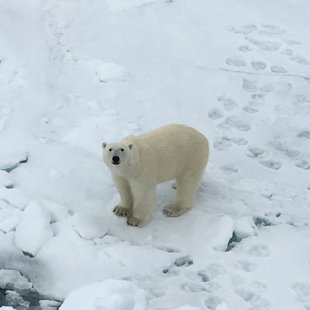 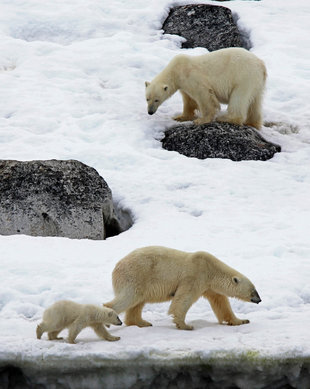 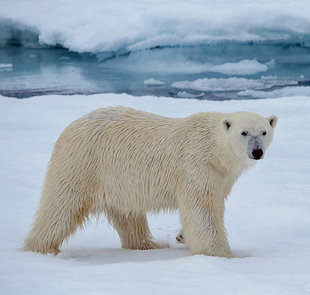 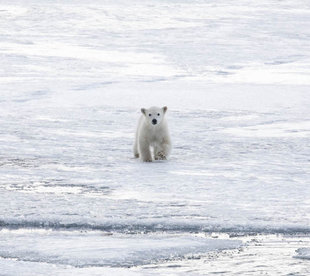 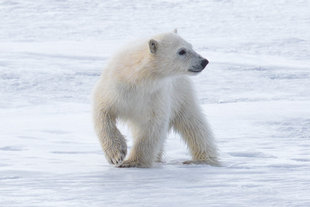 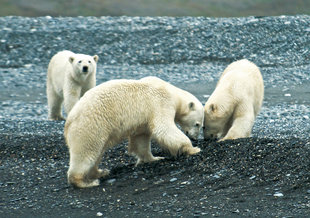 North Spitsbergen & Beyond In Search of Polar Bears

FROM
€2,835
September 2020
with onboard professional photographer
View details

North Spitsbergen & Beyond In Search of Polar Bears

FROM
€2,835
September 2020
with onboard professional photographer
View details
View all Polar Bears trips