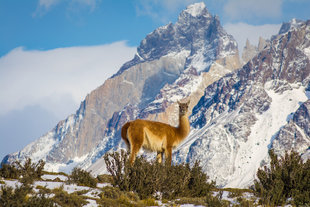 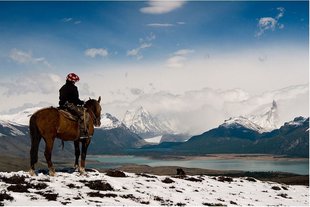 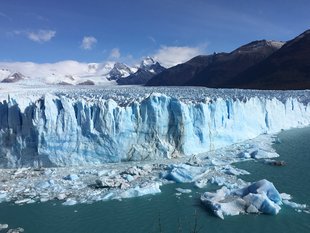 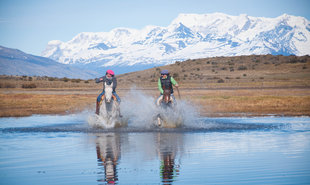 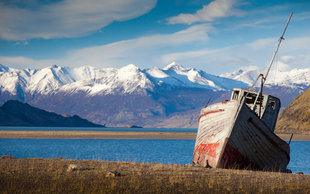 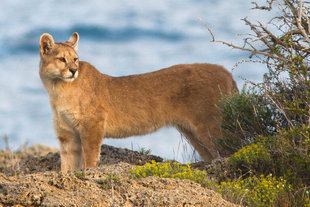 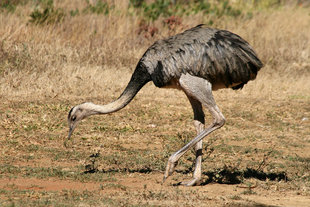 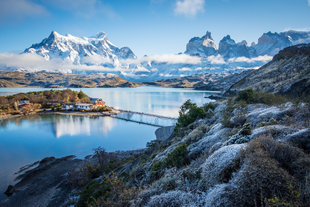 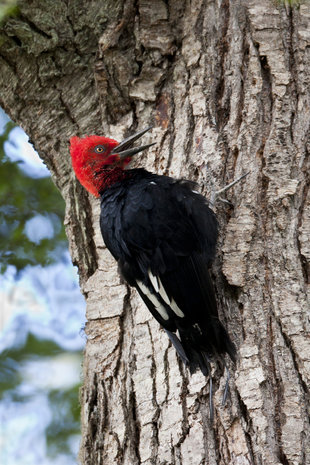 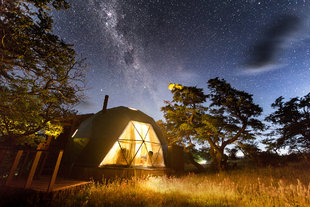 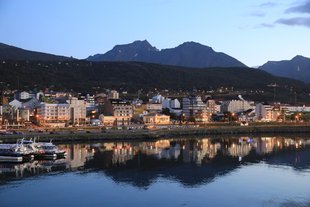 Patagonia is a rugged and spectacular area of extreme contrasts: from windswept plains and lonely estancias; vast glaciers of the Southern Patagonian Ice-Sheet; to the magnificent sheer sided mountains rising precipitously along the Chilean border. The Patagonian coastline offers some spectacular wildlife viewing with large colonies of Magellanic Penguins, sealions and elephant seals. In the far south Patagonia fractures into a myriad of forest clad mountainous islands, the largest of which, Tierra del Fuego, the 'The Land of Fire', supports the planet's southernmost city, Ushuaia.

In an area of extensive natural assets, Aqua-Firma can arrange anything from marine mammal voyages around Tierra del Fuego, self-drive journeys, one day and multi day hikes in some of the most dramatic parts of the Andes, and glacier walks arranged by an in house Patagonia expert. With Ushuaia as the starting point for most of our voyages to Antarctica, Patagonia is a perfect Latin American extension to an epic polar adventure.

The three parts of Patagonia we most recommend for exploration are:

Argentina's Southern border with Chile is dominated by the magnificent Parque Nacional Los Glaciares covering 7240 km² of spectacular wild lands. Not surprisingly given its name, 40% of the park is covered by permanent ice, part of the Great Southern Patagonian Ice Sheet - the largest area of permanent icecaps in South America. 13 vast glaciers flow into the Lakes of Lago Viedma and Lago Argentino and walks to and on many of these glaciers can be arranged by Aqua-Firma. Particularly beautiful is the famous Perito Moreno glacier, 5 km across and 60m high. Constantly moving and creaking, huge chunks of ice-regularly crash in the blue waters of Lago Argentino. The southern section of the National Park and the glaciers is most easily reached from the small, pleasant town of El Calafate.

Further north trekking and climbing are the main attractions under the incredible rock towers of the Fitzroy Massive. The great peak of Mount Fitzroy (3,405m) and the needle like pinnacle of Cerro Torre are for expert climbers only, but walking to the beautiful lakes and the bases of these mountains must surely rate amongst the world's finest hikes.

For suggested itinerary in the Los Glaciares region please contact one of our Patagonia experts.

South of the Los Glaciers region and across the border into Chilean Patagonia is Torres del Paine National Park - a UNESCO World Heritage Site. This protected area is easily accessible from Argentina and must be one of the continent's top protected areas. Not only does the park's 1800km² contain truly jaw dropping scenery at every turn including spectacular razor edged peaks, huge glaciers and thundering waterfalls, but it also offers some of Patagonia's finest wildlife watching. Condors soar and battle tempestuous winds blasting across the steppe, whilst the park's most visible residents, the guanacos (a wild relative of the Llama) are constantly on the lookout for danger in the form of their main adversary, the puma, which resides in the park in good numbers (though you would still be lucky to spot one!). Torres del Paine can either be appreciated through guided day hikes, wildlife walks, bike rides or through multi-day treks, the full circuit of the park taking around a week to complete. Whatever option you ask us to arrange, this is an unforgettable destination.

To see our suggested 6 and 9 day itineraries including Torres del Paine please click the itinerary tab at the top of the page.

Our 6 & 9 day Patagonia Itineraries involve day hikes and wildlife watching; and can also incorporate mountain biking and horseback trekking if you wish. For travellers wishing to add more challenging hiking in one of the World's most spectacular regions we offer set departures or privately guided treks of the 'W' or Full Circuit Routes within Torres del Paine National Park.

These treks are run on a small group join in basis during the summer trekking season Jan - March (full season) and Jan - April (W route). We can also operate these privately during all seasons.

The W route takes in a spectacular section of the Torres del Paine National Park on the southern side of the Torres del Paine Massif. A full 5 days of trekking takes in a region famed for its inspiring scenery and visible Patagonian wildlife. An advantage of the 'W' route is that you stay in comfortable eco-domes and snug refuges during the night so that camping isn't required. Some highlights of the 'W' route include the trek up to base of vertical 'Torres del Paine' themselves - and the beautiful glacial lake at their base. There are spectacular views of the Cuernos del Paine & 'The Horns of Paine', the main mountain massive of the park, from the Valle Frances and the expansive views of Lago Grey and the Grey Glacier from the Pahoe Valley. The Grey Glacier is an extension of the great southern ice sheet, the largest expanse of ice in the Southern Hemisphere outside of Antarctica.

The full Torres del Paine Circuit is one of South America's most renowned treks. This circuit involves 7 full days of challenging hiking taking in the 'W' route, plus the much less visited northern aspects of Torres del Paine National Park, accessed via the challenging John Gardner Pass - the highest point on the route. The expansive views of the Grey Glacier from the pass are spectacular. Lago Dickson and the  Dickson Valley are highlights, isolated and with great mountains vistas and views of the Dickson Glacier. On the Torres del Paine Circuit we can combine rugged camping with more comfortable accommodation at eco-domes on the southern side of the National Park. All our journeys are expertly guided with experienced English speaking local guides.

Further South still is the island of Tierra del Fuego: a wild island of dramatic mountains, fiords and unique Fuegan Forests. It's capital is Ushuaia, the world's southernmost city and the main starting point for exploration in the area. Backed by mountains, Ushuaia overlooks the Beagle Channel, named after Darwin's expedition ship. This is a key starting point for Antarctic Expeditions but Aqua-Firma also offers to hikes in the forests of the Parque Nacional Tierra del Fuego or cruises to view the region's sealion colonies and dramatic coastal scenery along the very base of South America. Elephant seal colonies are visible on the 3 coastal voyage to the Chilean port of Punta Arenas. Much feared by mariners, the rocky islands of Cabo de Hornos 'Cape Horn' lie only about 100km to the South of Ushuaia. Next stop Antarctica! whose Peninsula is in fact an extension of the South American Andes. 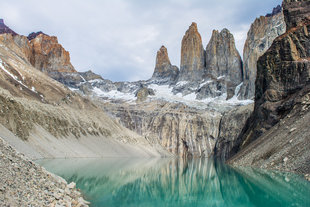 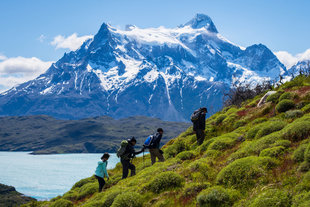 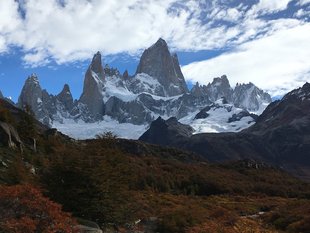 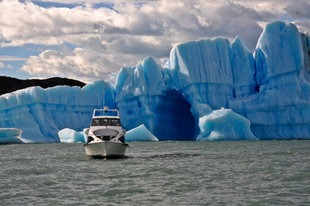 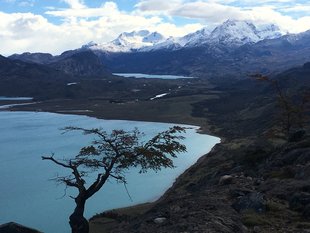 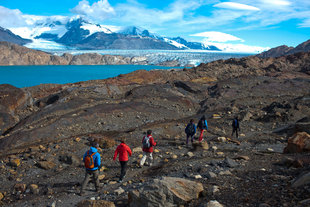 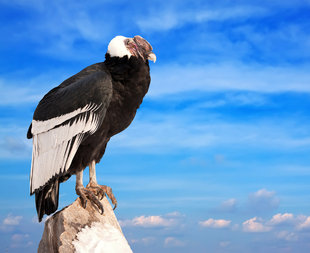 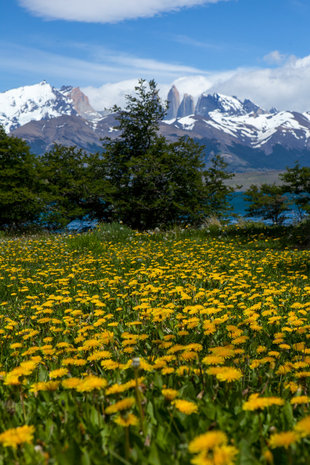 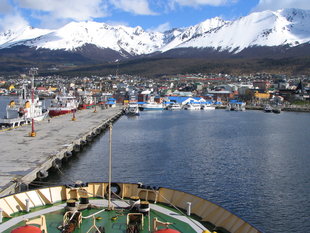 Mountains and Glaciers of Patagonia

Tracking Pumas in the Patagonian Mountains

FROM
US$4,950
6 Days in the Andes of Torres del Paine
View details

FROM
US$1,760
7 day experience, including a visit to the Perito Moreno Glacier
View details

FROM
US$2,180
6 Days, including Torres del Paine
Camping or Mountain Hut
View details