Timings for each stage of the migration vary slightly each year, but usually starting sometime in July or early August, the great migratory herds of wildebeest journey from the north western Serengeti into the northern Serengeti and Kenya's Maasai Mara - an area where we also offer safaris. The herds will usually concentrate either side of the Mara River, so in both the Serengeti and Maasai Mara; and then at some stage in late October or early November start heading south. 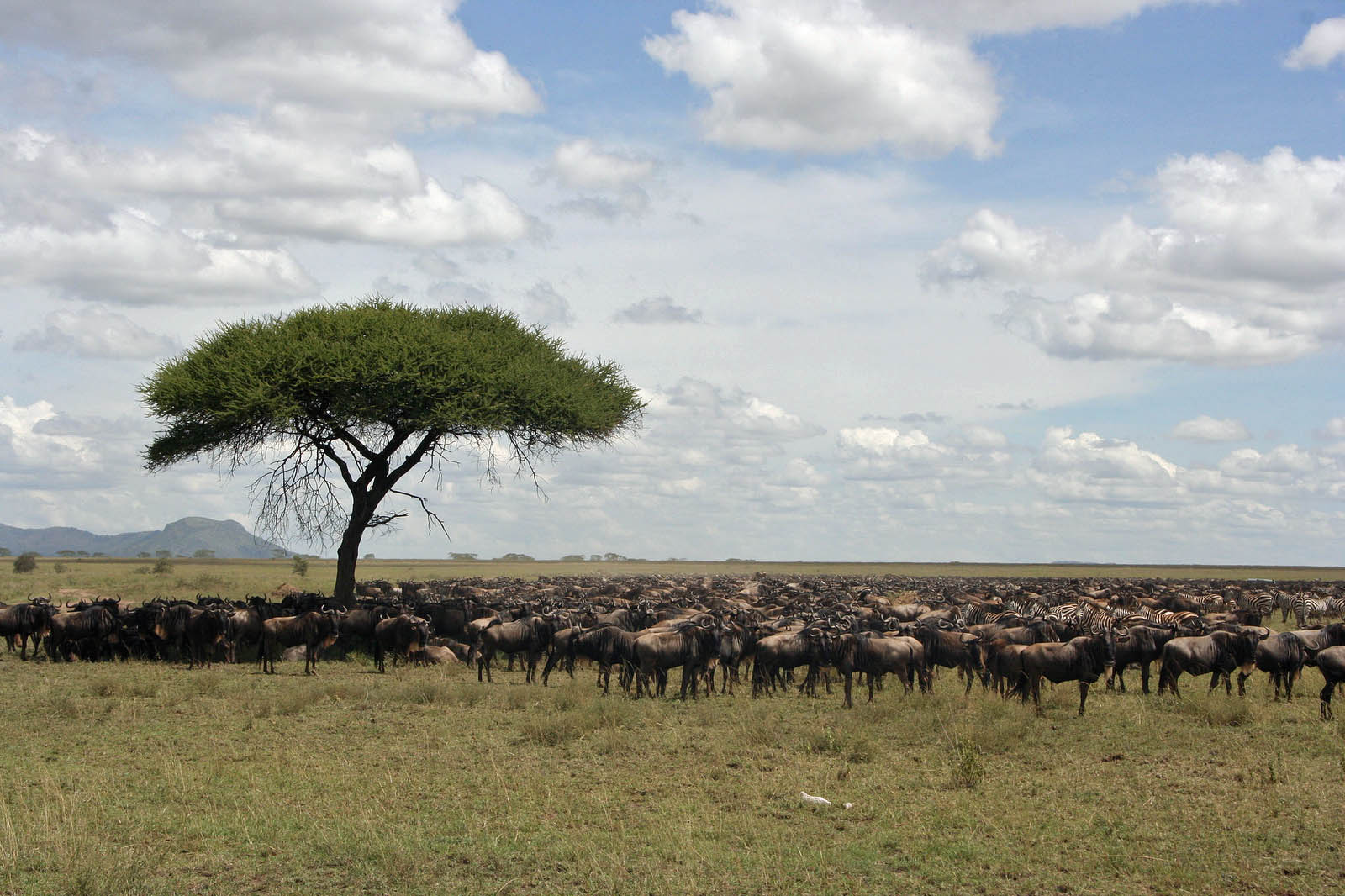 This late October and early November is an interesting transition period in which grasses will be dry and hence low, so great for big cat observation; but wildebeest will appear in harems either in the north east or western Grumeti River areas, waiting in anticipation of the rains. Sometimes the detect rain from the south east and will begin walking towards it. Sometimes it rains behind them in the west at Lake Victoria, so they turn around. Sometimes you can see a line of them walking one way and another line walking in the opposite direction.

As the rainy season develops, the migration continues south east and the wildebeest, zebra and antelopes arrive at the signature short grass plains in the south east of the Serengeti. They also spread beyond the confines of the Serengeti National Park and into the Ngorongoro Conservation Area. Here they share the land with Maasai and their cattle.

The south eastern area holds more than just fresh grass. The soils here have a high phosphate content, created by volcanic ashes which were last topped up in 1966 when the volcano Ol Doinyo Lengai erupted, sweeping ash across the area. Phosphates not only fertilize the grasses, but help to build strong bones in the animals which eat it. Experiments have shown that wildebeest are able to select grass rich in phosphates at the expense of similar grasses beside it in which phosphate levels are low.

With rich grass to feed on, the south east of the reserve is where the zebra and the wildebeest give birth en masse (late January to the end of March). The plains fill with young animals taking the first tentative steps in a rich but unforgiving environment. A feast now begins for the region's carnivores, whilst hyenas and other scavengers can gorge on ubiquitous afterbirth. Throughout this time the animals keep moving, always looking for new grass. The animals seem to always follow the shortest, most direct route to green grass, sometimes swimming across lakes such as Lake Ndutu, rather than walking around it shores. 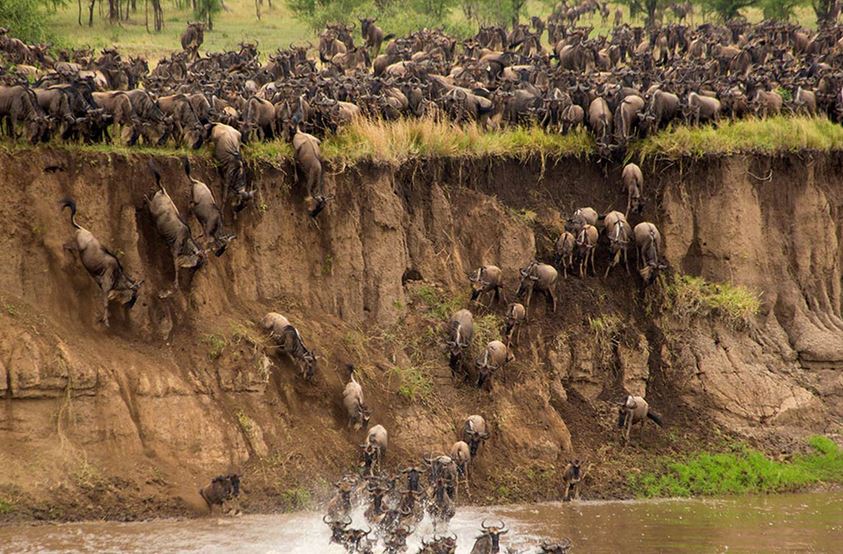 Leaving the Southern Plains in late April to May the migration makes it's way once again to the North, passing into the Western Corridor and perhaps, most spectacularly across the dangerous Grumeti River. In June and July, crossings can claim large numbers of reluctant swimmers. By late July and August, the migration is likely to be crossing the Mara River in the far north of the Serengeti. The best chances of seeing dramatic river crossings is late August / September, which is when we operate small group and private safaris aiming to catch this event (click HERE for details).

FROM
£3,390
US$4,090
Private Safaris to witness one of the highlights of the World's largest mass migration of large mammals
View details
Enquire / Book