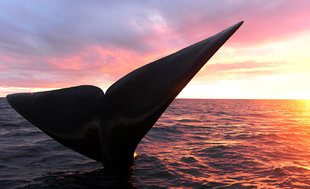 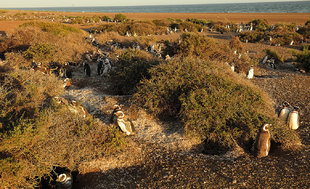 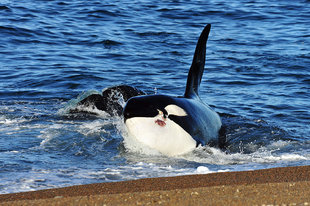 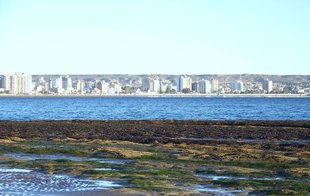 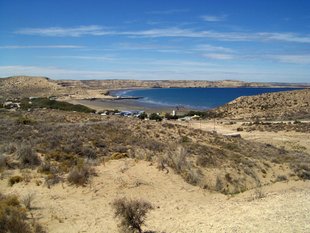 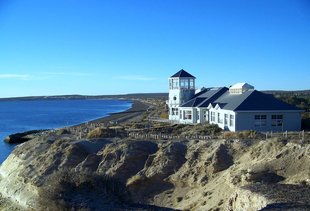 Peninsula Valdes & Punta Tombo
Located on the Northern edge of Patagonia, about half way between Cape Horn and Buenos Aires, is the Peninsula Valdes - a UNESCO World Heritage site due to the concentration of marine mammals that gather here in spectacular numbers. Accessed from the functional but pleasant seaside town of Puerto Madryn, this arid peninsula is surrounded by rich coastal waters, utilized by Patagonia's largest colonies of southern sealions, elephant seals, and Magellanic penguins. Between June and December each year hundreds of endangered Southern Right Whales come to the enclosed waters of Golfo Nuevo and Golfo San Jose to the north and south of the Peninsula to breed and give birth. This is one of the best places in the Americas for seeing these marine giants, some of which can reach up to 100 tonnes in weight and 17m from tip to tail.

Orcas famously gather around the Peninsula to hunt elephant seals and southern sealions at specific times of year. Sequences of Killer Whales purposely 'beaching' themselves to hunt sealions were used to spectacular effect in the BBC's acclaimed Blue Planet series.

Just to the South of Peninsula Valdes is the huge Magellanic Penguin Colony at the Reserve of Punta Tombo, home to around 800,000 distinctly fishy but charming birds. Late in August or early in September the penguins come ashore to establish a feathered metropolis of breeding burrows.

Our classic way of exploring the region would be with a natural history guide who knows the reserve and its wildlife intimately. To get the very best out of our time on the Peninsula we take both land and sea based excursions, making the most of seasonal highlights such as gatherings of whales and dolphins. For a recommended 5 day itinerary please click on the | Itinerary | tab at the top of the page.

For adventurous clients wanting to experience additional activities we can easily arrange kayaking and snorkelling trips with playful sealions. These waters also provide some of Argentina's top scuba diving sites and ideal drysuit preparation for divers joining one of our Antarctic or South Georgia Diving Expeditions.

When to Visit
Dolphins, sealions and elephant seals are present year round. Seasonal wildlife viewing opportunities include:

Southern Right Whales gather between June and December and this is the best time for whale watching.

Weather
Weather wise the Northern Patagonian region is most comfortable in the southern summer from December to April. Peninsula Valdes has a cold, fairly dry climate but weather is unpredictable and cold winds can make any time of year chilly. Sun can be strong and burn even when it feels cold. 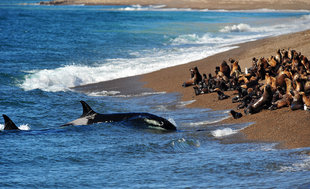 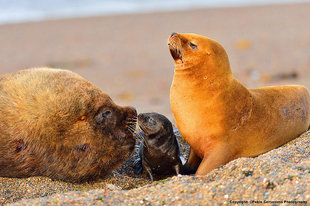 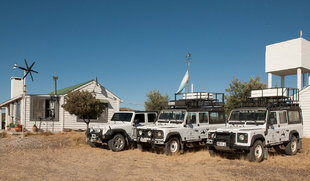 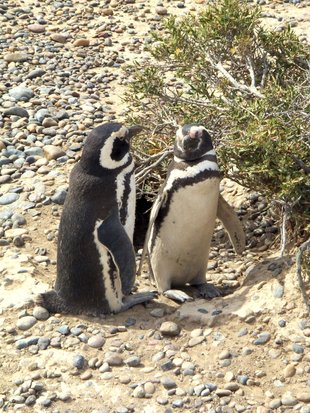 FROM
US$950
5 day tailor made itineraries, inc. boat or shore based options, sea kayaking & snorkelling or scuba diving
View details