The Tropical Andes of South America is quite simply the most biodiverse part of our planet. It contains rainforest which starts close to sea level on the eastern and western side of the Andes, rising to the highest point that trees can survive. Higher still, smaller plants and animals continue to reach the very snowline of glacier-peaked volcanoes.

In lowland areas, the rainforest is home to jaguars, large troops of monkeys, hundreds of species of parrots, frogs and other cold-blooded animals. As we scale the slopes of the Andes, cooler cloud forests take over, providing habitat for a greater diversity of hummingbirds, orchids and mammals such as the Spectacled Bear.

When co-Founder and Director of Aqua-Firma, Ralph Pannell, used to work full time for our charity partner, Rainforest Concern, the Tropical Andes was his priority area; as it was for another of our naturalist leaders, Mike Dilger, who now presents on BBC TV and Radio, whilst remaining a public Ambassador for the charity.

Since Aqua-Firma was formed, we have injected £10,000 into Rainforest Concern's efforts to create what is called the Choco-Andean Rainforest Corridor: a project which connects three existing protected areas: two of which are in Ecuador and one in Colombia. The project began in 1988, since when Rainforest Concern has managed to purchase for permanent protection thousands of acres of forest. 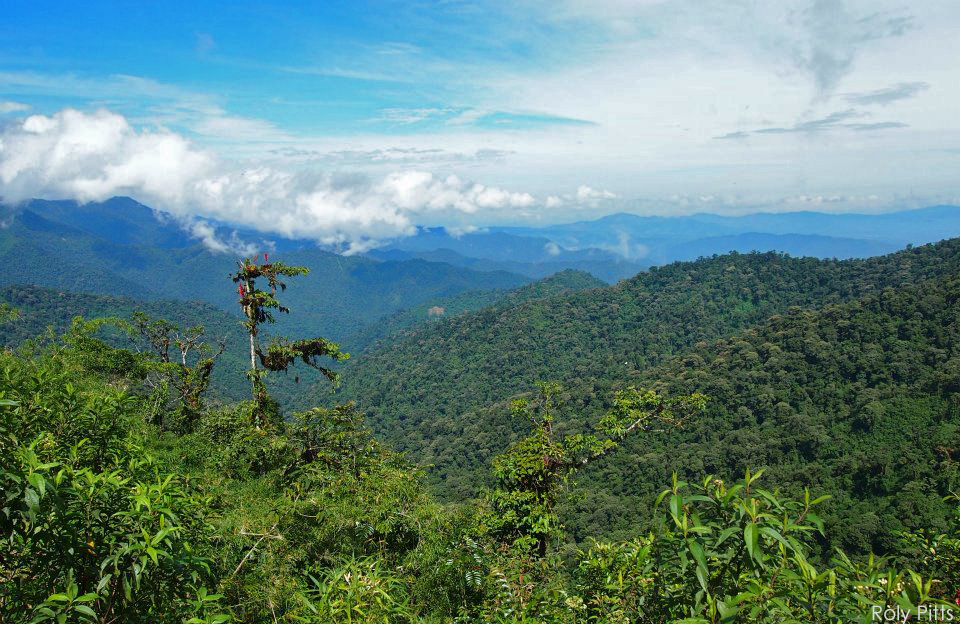 Maintaining the connection between forest areas is vital for maintaining biodiversity. When areas become too small and isolated, populations of wildlife can fall below the numbers needed to maintain a healthy breeding population. This is particularly important for larger predators who can have sizeable home ranges; and for species which cannot hop or fly from one fragment to another.

Species protected within the Choco-Andean Rainforest Corridor include pumas, tayra, the bright orange Cock-of-the-Rock bird and the world's most recently discovered large mammal: the olinguito. Whilst Colombia's Choco region retains about 80% forest cover, Ecuador has lost more than 90% of its western forests, so this project is vital in protecting what is left.

Scenically, areas within the Choco-Andean are simply stunning. To explore the Corridor in the company of people who helped create it, you can join BBC Presenter & Ecologist, Mike Dilger, on a 5 days Choco-Andean Cloud Forest Journey in April 2022; or Aqua-Firma director Ralph Pannell on an 11 days Tropical Andes to Amazon Journey in June 2023, 2024 & 2025.