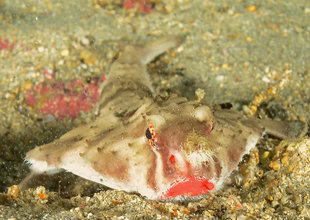 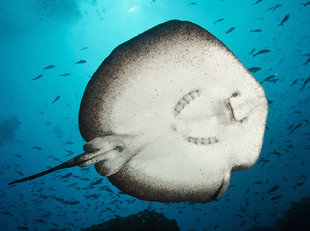 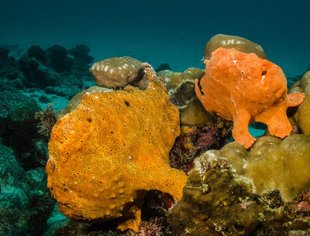 Cocos Island is the jewel in Costa Rica’s dive locations and one of the best places for diving on earth. The isolation and geography of the island has produced unique environments and wildlife with many species found nowhere else. 550km off the coast of the Costa Rican mainland, Cocos is surrounded by numerous currents which entice many large pelagic species. The most famous encounter is with large schools of scalloped hammerhead shark (Sphyrna lewini). Other pelagics include yellowfin tuna (Thunnus albacares), giant manta rays (Manta birostris), sailfish (Istiophorus platypterus) and sharks such as whitetip reef sharks (Triaenodon obesus) Galapagos sharks as well as large specimens of whale shark (Rhincodon typus).

When Jacques Cousteau visited Cocos he called it “the most beautiful island in the world”. This beauty is not only reflected in its marine species but also in its diverse environments and wildlife found on dry land. The high average temperature (23.6 ºC) and rainfall produces a tropical humid climate and 200 ethereal waterfalls that explode into life after heavy rain. Several of these plunge directly into the sea.

The types of habitats found on the island are mainly wet tropical rainforest and upland cloud forest which found on the uppermost slopes of the island’s extinct volcano.  The cloud forests trees are smothered in a thick layers of epiphytes and orchids.

There are 235 (30% endemic) known species of flowering plants on the island and 400 species of insect of which 16% are endemic.  90 species of bird inhabit the island, three of which are found nowhere else. These are the Cocos Cuckoo (Coccyzus ferrugineus), Cocos Flycatcher (Nesotriccus ridgwayi) and Cocos Finch (Pinaroloxias inornata). The only mammals found on the island are pigs, deer, cats and rats. These were all introduced by man and efforts are now ongoing to eradicate them.

Two endemic lizards are found on Cocos.  One is a type of gecko (Sphaerodactylus pacificus) and the other is an anolis lizard (Norops townsendii).

Isla del Coco was designated a national park in 1978 and its status was reinforced in 1982. In 1984 the conservation area was enlarged to incorporate marine ecosystems up to 15km away from the island (99,700 hectares).  This was then extended in 2002 to 22.2 km from the shore. Illegal poaching of marine species around the island is the main concern due to the government’s inability and lack of will to prosecute, charge and fine poachers.

Cocos has been a favourite for pirates stashing their treasure and is often cited as the inspiration for books such as Daniel Defoe’s  Robinson Crusoe and Michael Crichton’s Jurassic Park. 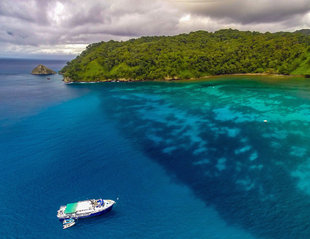 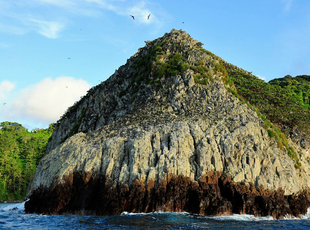 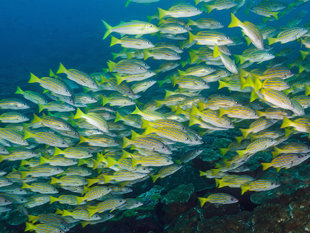 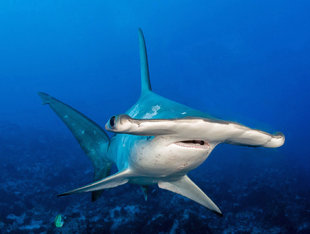