The Northern Lights (Aurora borealis) is a spectacular natural light display that has fascinated mankind for centuries.   The dazzling colours and sheer wonder of these amazing light formations continue to attract people in their thousands each year.  The phenomenon  was named after the Roman goddess of dawn, Aurora, and the Greek name for the north wind, Boreas, by Pierre Gassendi in 1621. 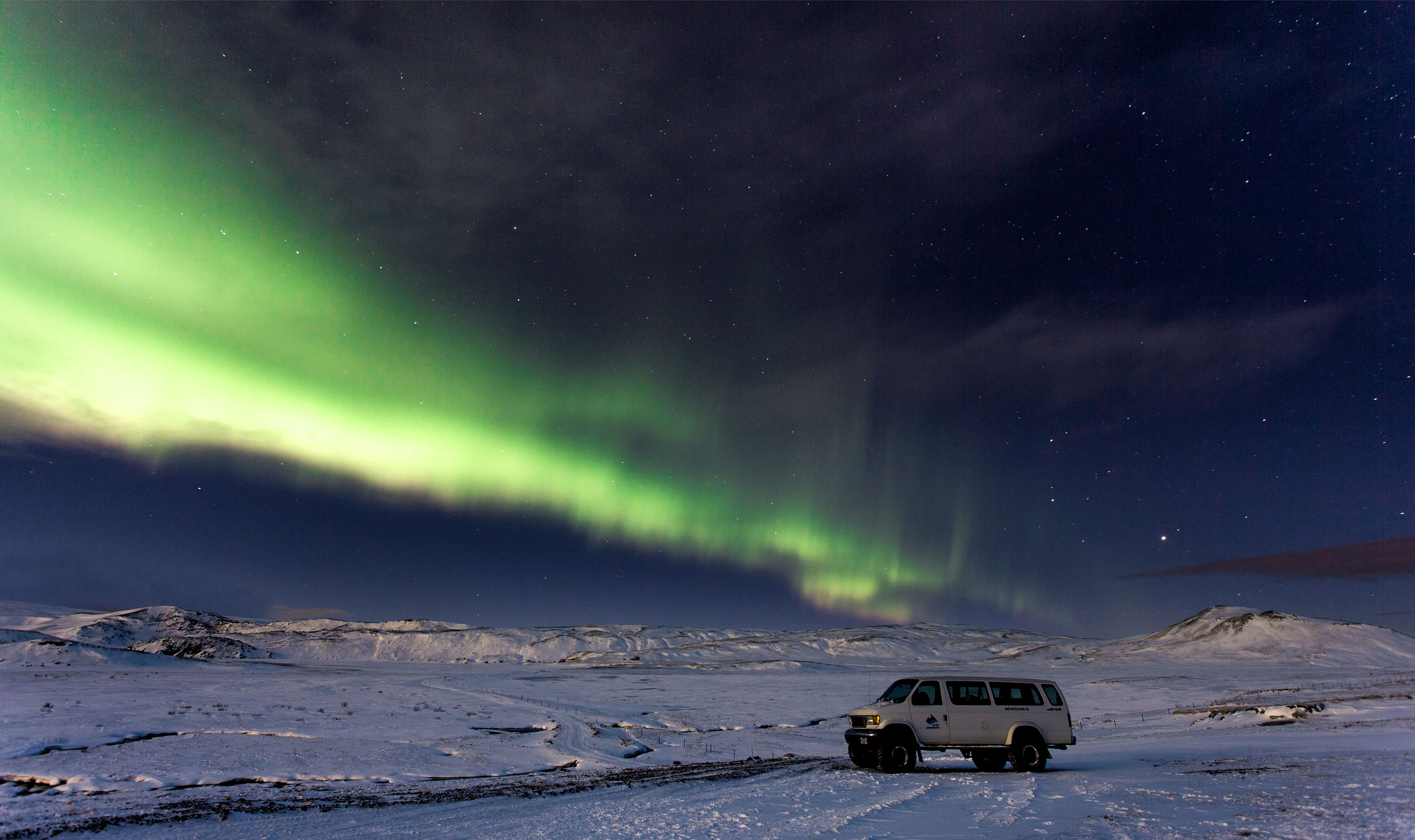 The Aurora borealis can be witnessed in a number of areas within the Northern Hemisphere.  The level of visibility is increased when in close proximity to the North Magnetic Pole due to the longer periods of darkness and the magnetic field. Northern Norway, Spitsbergen, Iceland and Northern Greenland are ideal northerly locations to see the phenomenon; and best of all, when well away from artificial light which can obscure your view.

The Northern Lights occurs some 40 miles above the Earth's surface when sun particles, known as 'solar wind' interact with the Earth's atmosphere. When these particles collide with air molecules, their energy is subsequently emitted as light. The magnetic and electrical forces react with one another in constantly varying combinations to create the so called auroras 'dance'.  The dazzling spectrum of colours that occurs is dependent on which atoms are struck and the altitude of this collision.  The most common aurora is green, followed by pink, a mixture of light green and red, followed by pure red, yellow (a mixture of red and blue), and lastly pure blue.

The duration of these incredible light shows can vary considerably, whilst the visual performance itself is equally as changeable.  Typically, the auroras appear as a diffuse glow or as 'curtains' across the sky.  Sometimes they form arcs, while at other times they constantly move and change formation.  Twirling patterns called 'rayed bands' can be witnessed illuminating the sky for as short a time as 10 or 15 minutes.  Meanwhile, shimmering ribbons and glowing veils of light are often observed elegantly dancing through the sky for many hours.

The auroras generally occur along the 'aurora ovals' and above the Arctic Circle; however, when  sunspot activity is high there are occasions when they occur further south.  These sunspots follow an approximate 11 year peaks when the auroras are at their brightest and most frequent. The last peak was in 2011 with subdued activity in 2012; but scientists expect a second spike to come in 2013.

The best period during which to see the Northern Lights is between the Autumn Equinox and the Spring Equinox (21st September - 21st March). Within this period, December - March benefits from the longest and darkest night skies. However, bright white snow can impair sightings slightly which helps to improve opportunities in Spitsbergen in the usually snowless months of September and October; and into November in places like the Lofoten Islands of Northern Norway where snow tends to arrive later. Cloud cover and poor weather is another factor which can prevent sightings, whilst moonlight can be bright enough to reduce clear views.

Unfortunately this incredible phenomenon comes with no guarantees.  Some weeks are treated to lavish displays, often repeated several times in the same evening; whilst at other times harsh weather conditions prevent any sightings at all.  This is why we always recommend that a trip to see the Northern Lights is accompanied by other opportunities to enjoy the Arctic Wilderness.