Our Whale Shark Research & Coral Reefs trip to Mafia Island in Tanzania came to an end last week;  and whilst whale sharks activity was intense with many hours of interaction in the water, perhaps the most memorable event was managing to cut a rope tourniquet from the tail of one poor whale shark.

Our research hosts were once again Dr Simon Pierce, co-Founder of the Marine Megafauna Foundation (MMF) and Dr Chris Rohner, Principal Scientist of the same. Before our group arrived, Simon and Chris spotted a whale shark with a rope cutting deep into its tail. The rope had clearly been there for some time, with mature mussels well established all along it.

"If the rope had been left attached",  reported Chris, "the shark would eventually have lost its tail, leaving it unable to swim."

Armed with a small knife, both Chris and Simon freedived onto the shark, trying to cut it free of the line. It was little surprise that the shark was not a willing patient, wafting its tail wildly as the pair tried to get in position to operate. After several days seeking opportunities to help, the pair finally managed to cut the rope free, providing the shark hope of recovery. 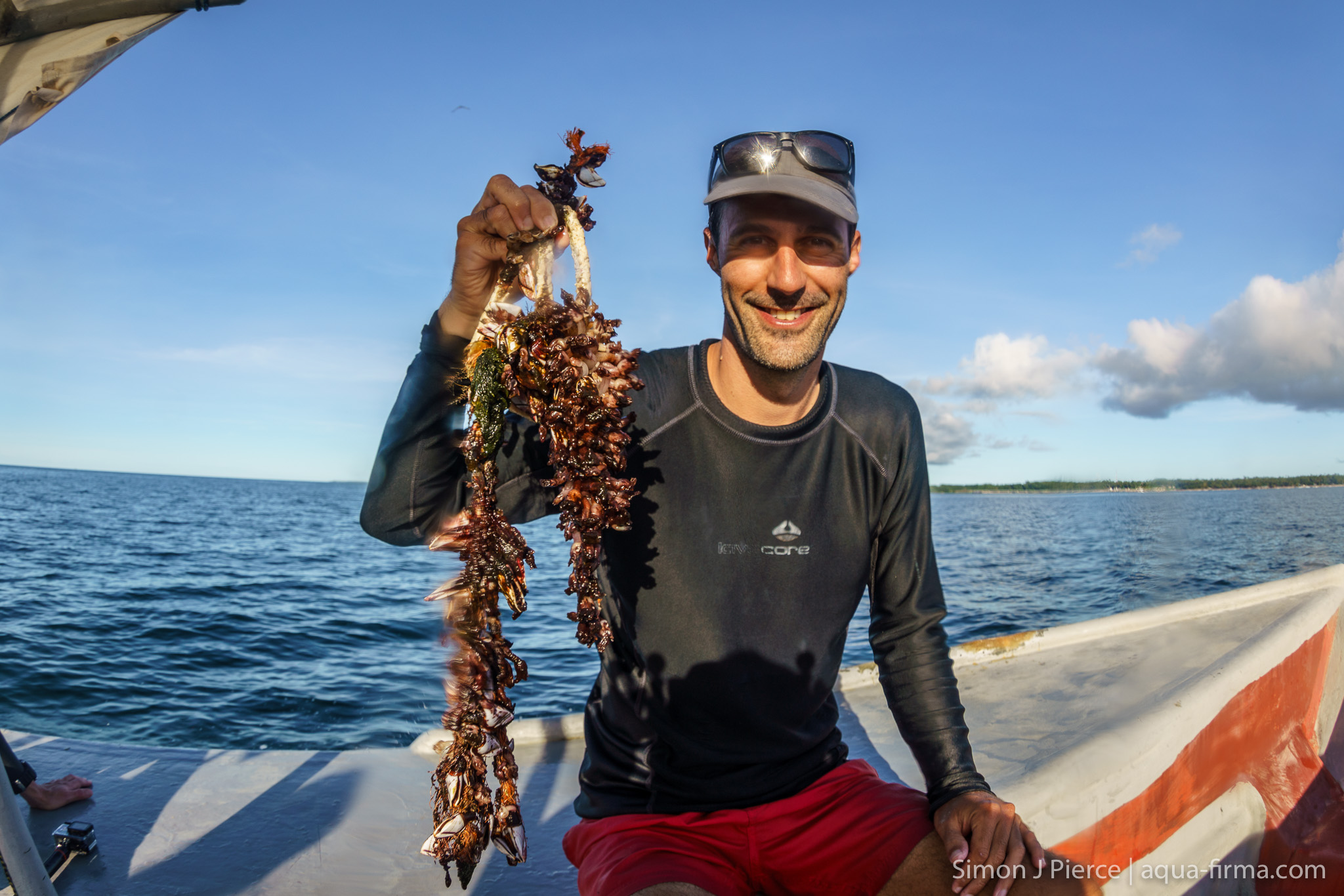 How the shark came to have a rope so firmly attached is something we can only guess at; but one possibility is that it was winched out of the water by a tuna purse seine fisher. Whale sharks are often targeted by purse seine fishing boats because tuna frequently surround them at sea. Whilst whale sharks help fishers to locate a catch, in the centre of an enclosed purse seine, they are too heavy to allow the net to be lifted out of the water with their valuable catch. To remove whale sharks, fishers often put ropes around their tails and lift them out the way using a powerful winch. If a shark is lowered onto a deck, then it is likely to die due to organ damage inflicted by the shark's own weight. This shark may have been lucky(ish), breaking the rope it was suspended on.

There is no consumer label as yet for 'Whale Shark Friendly Tuna', but if you only buy dolphin -friendly tuna caught by rod and line, then you can be fairly sure that you aren't supporting fisheries whose practices result in the death of whale sharks.

By spot pattern analysis, this shark has been seen before at Mafia Island: twice in 2015 when it was first ID'd by Chris as TZ-101; and once in 2017, again by Chris. There was no rope around its tail on those occasions, although some abrasion was noted on the leading edge of its first dorsal fins. Continuing his research following our trip this year, Chris has spotted the shark since it was released from the rope and there are already signs of recovery: 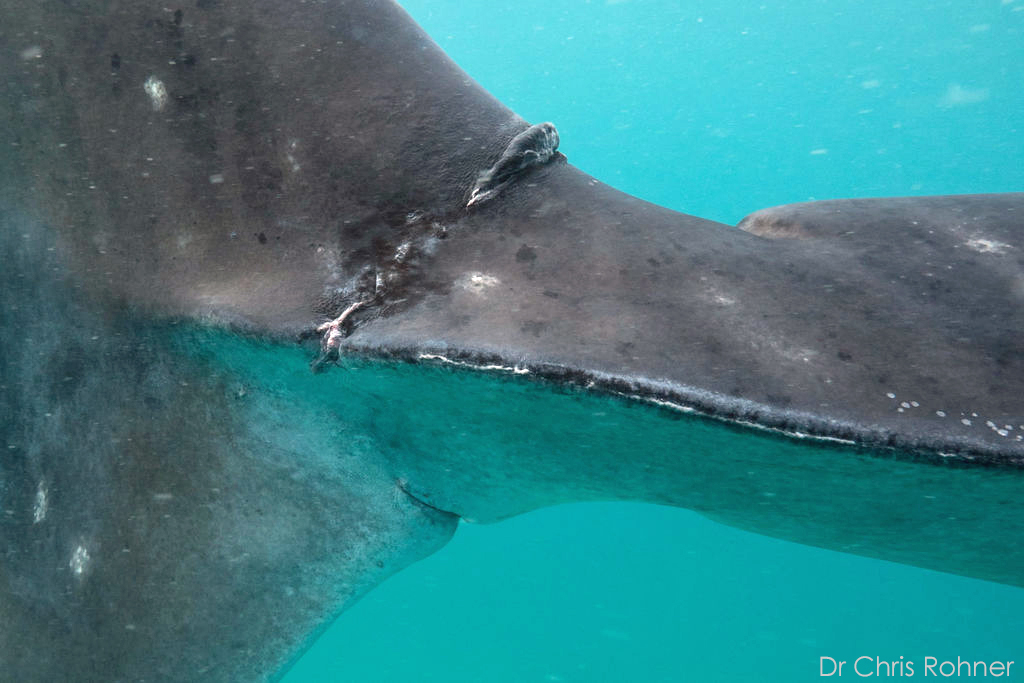 Hopefully we will see it again on our November 2020 Whale Shark Research & Coral Reefs trip to Mafia Island. MMF studies at Mafia Island indicate that 'adolescent' whale sharks like TZ-101, tend to stay in the area for several years, enjoying an abundance of food that helps them develop into adulthood.

Click HERE for details about how to join us in search of TZ-101 and other whale sharks next November.