This is a unique extended Mid-Atlantic cruise that provides the opportunity to island hop otherwise inaccessible islands of the Atlantic Ocean. For many of our intrepid guests, cruising South to North across the Equator has proven a very memorable means of winding your way home from Antarctica.

At each location the objective is to land and explore in the company of natural history professionals. Starting in Argentina, you first stop is South Georgia with the largest King Penguin colonies in the world and the legacy of Shackleton; on to isolated communities of Gough Island,  Tristan da Cunha; ending in St Helena.

You can further extend the trip and stay onboard until either  Ascension or if you wish, tacking on the tropical African cultures at Cape Verde. You also have the option of embarking on this colossal voyage by exploring the Antarctic Peninsula at the height of the whale watching season.  Otherwise departure is from Ushuaia, the southernmost city in the world amongst the Straits of Magellan and Tierra del Fuego.

As your voyage sets sail, you will start to see some of the Southern Ocean's plentiful birdlife straight away. As you leave the South American continent behind you and enter the Drake Passage, seabirds are your most plentiful company including potentially Wandering Albatrosses, Grey Headed Albatrosses, Black-browed Albatrosses, Light- mantled Sooty Albatrosses, Cape Pigeons, Southern Fulmars, Wilson's Storm Petrels, Blue Petrels and Antarctic Petrels.

The ship will head for South Georgia, famous for its dramatic snow peaked mountains, huge colonies of King Penguins and enormous Elephant Seals. Chinstrap, Gentoo and Macaroni Penguins are also found in huge numbers and the island is a very important nesting site for several species of albatross, petrels, skuas, prions and shearwaters. 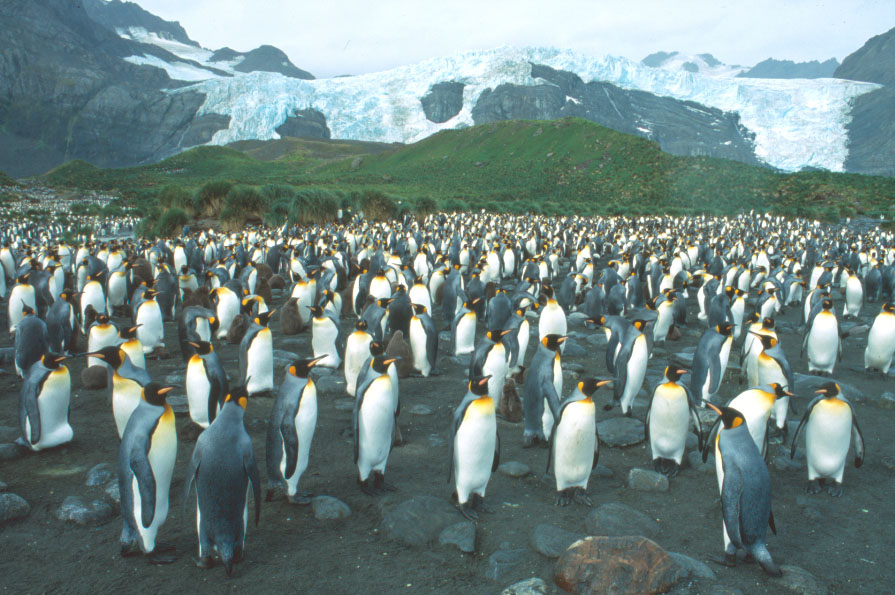 As the ship sails northwards to warmer climes, the archipelago of  Gough Island and Tristan da Cunha  are a delight for bird watching and a great area for tubenose seabirds. This area holds the World’s only breeding colonies of Tristan albatrosses, Indian yellow-nosed albatrosses, Atlantic petrels, and spectacled petrels. Brown Noddies are often seen during a hoped for landing on Nightingale Island.

As the ship enters sub-tropical waters and the temperature rises, the variation of wildlife, birdlife and dolphin species contrasts greatly with sightings earlier on in the voyage. One noteworthy landing site is that of St Helena, characterised by endemic plants and birds, a warm climate and interesting local culture.  It is here that Napoleon historically lived in exile at the beginning of the 1800s.  Those keen to encounter some of the marine life of St Helena, will have the opportunity to go snorkelling. 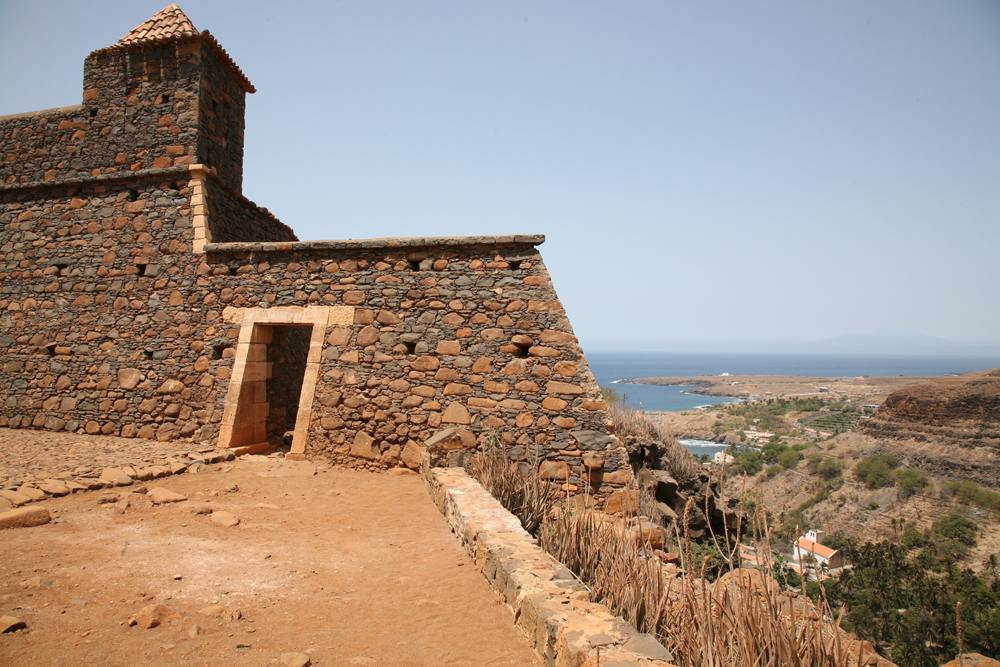 For those keen to continue their exploration and soak up the heat of the tropics further still, you can opt to continue onward to the volcanic islands of Cape Verde, 375 miles off the west coast of Africa.  The archipelago is home to rugged landscapes, interesting history and a number of endemic species including the Cape Verde Swift, Raso Lark, Cape Verde Warbler and Cape Verde Sparrow. Meanwhile the warm waters harbour populations of cetaceans including Short-finned Pilot Whales, Bottlenose Dolphins, Common Dolphins and even Pan-tropical Spotted Dolphins and Sperm Whales.

This is an incredible voyage visiting islands so remote, it is difficult to otherwise reach them by independent means.

Please note the itinerary below is provided to give you a flavour of the voyage only. The ship's route will be decided by the captain and may vary from the above in accordance with ice, weather and other conditions. 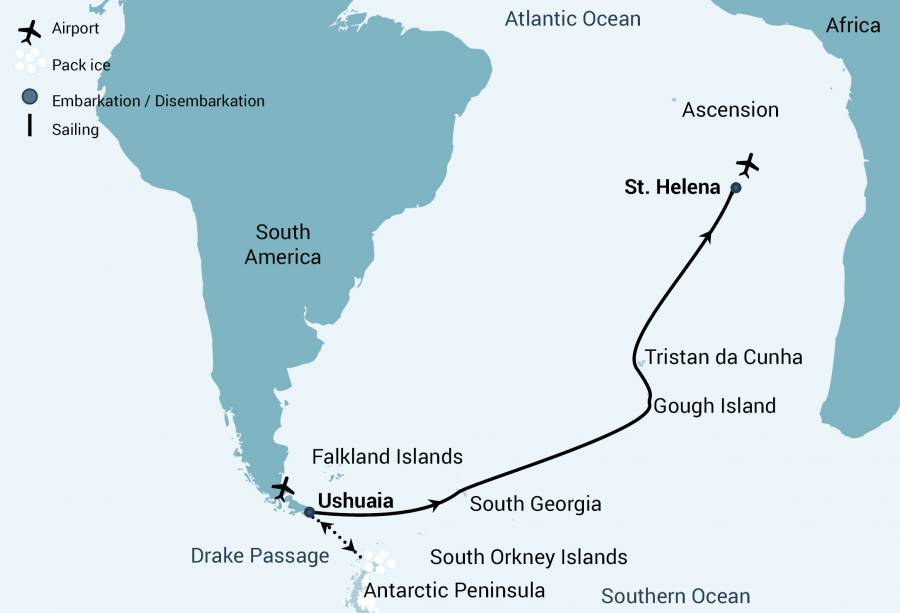 Day 1: End of the World, Start of a Journey

Your voyage begins where the world drops off: Ushuaia, Argentina, reputed to be the southernmost city on the planet, located on the far southern tip of South America. Starting in the afternoon, you embark from this small resort town on Tierra del Fuego – nicknamed “The End of the World” – and sail the scenic, mountain-fringed Beagle Channel for the rest of the evening.

Over the next two days on the Drake Passage, you catch a taste of life from the perspective of the polar explorers who first braved these regions: cool salt breezes, rolling waves, maybe even a fin whale blasting up a column of sea spray. After passing the Antarctic Convergence – Antarctica’s natural boundary, formed when north-flowing cold waters collide with warmer subantarctic seas – you are in the circum-Antarctic upwelling zone.

Not only does the marine life change, the avian life changes too: A variety of albatrosses and petrels show up, along with Cape pigeons and southern fulmars. Then, near the South Shetlands Islands, the first icebergs flash into sight.

Gray stone peaks sketched with snow, towers of broken blue-white ice, and dramatically different wildlife below and above. You first pass the snow-capped Melchior Islands and Schollaert Channel, sailing between Brabant and Anvers Islands.

Possible sites you may visit include:

Wilhelmina Bay – A likely spot to see feeding humpback whales. If conditions allow, you may even embark on a Zodiac cruise to the ghostly wreck of the Guvernøren, a whaling vessel that caught fire here in 1915.

Cuverville Island – Stabbing up between Rongé Island and the Antarctic Peninsula, Cuverville houses a colony of several thousand gentoo penguins as well as pairs of breeding brown skuas.

Danco Island – Activities here may focus on the gentoo penguins nesting on the island, in addition to the Weddell and crabeater seals that may be found nearby.

Neko Harbour – An epic landscape of mammoth glaciers and endless wind-carved snow. Opportunities for Zodiac cruising and kayaking provide you the closest possible view of the ice-crusted alpine peaks. You may be able to set foot on the Antarctic Continent here.

Paradise Bay – You may be able to take a Zodiac cruise in these sprawling, ice-flecked waters, where you have a good chance of seeing humpback and minke whales. You have the chance to land on the Continent here too.

Melchior Islands – A beautiful landscape rich with icebergs. Leopard seals, crabeater seals, and whales are found here, and there are excellent opportunities for kayaking and diving.

You depart at noon, depending on conditions on the Drake Passage.

While crossing the Drake, you’re again greeted by the vast array of seabirds remembered from the passage south. But they seem a little more familiar to you now, and you to them.

New passengers join you in Ushuaia before you push back through the Beagle Channel.

A number of albatross and petrel species follow your vessel eastward across the Antarctic upwelling zone toward South Georgia.

The plan is to visit some of the world’s top king penguin rookeries. This time of year you have a good chance of seeing these animals nesting on eggs, their chicks close by. The rookeries are overflowing, with waddling rush-hour traffic to and from the beach.

Grytviken – You have the opportunity to check out this abandoned whaling station, where king penguins now walk the streets and elephant seals lie around like they own the place – because they just about do. You might also see the South Georgia Museum as well as Shackleton’s grave.

A pleasant tailwind often accompanies the vessel through the westerlies, and on both sides of the Convergence fly vast numbers of Antarctic and Subantarctic seabirds.

You first approach Gough Island for a Zodiac cruise in Quest Bay, weather permitting. Northern rockhopper penguins and Subantarctic fur seals are often seen here. In previous years it has been possible for the vessel to circumnavigate all but four miles of the 33-mile circumference of the island, taking in the scenery and unrivalled abundance of wildlife.

These islands are famed for their bird population, which includes rockhopper penguins, several species of albatross, petrels, skuas, terns, and many others. Your aim is to visit the settlement on the west side of this archipelago’s main island but the planned four days here may also allow us to land in Seal Bay on the south side or possibly at Sandy Point on the east side of Tristan da Cunha.

Two day is reserved in case of bad weather, but please remember that nature determines the itinerary here: Since beginning the Atlantic Odyssey cruise in 1998, adverse weather led to the cancellation of 35% of Tristan da Cunha landings. It is not impossible, but it is difficult.

Seabirds and dolphins indigenous to this region often follow the vessel.

After landing at Jamestown, you have many opportunities to enjoy the local culture, pleasant climate, and endemic birds of this remote island. One such activity is a visit to Longwood House, where Napoleon died in exile. You also have the chance to explore the island on your own – and snorkel the shallows, seeing multitudes of tropical and subtropical fish.

Disembarkation and a flight to Europe is possible from here. In the evening, the vessel departs for Ascension Island and Praia, Cape Verde via where you may also disembark.

Single supplement:
Single occupancy price is 1.7 times the per person cabin price. There is no single supplement if you are prepared to share a cabin with another passenger of the same gender.

Included:
Voyage as indicated in draft itinerary.
All meals, snacks, coffee and tea.
All shore excursions and zodiac activities.
Free use of rubber boots.
Program of lectures by noted naturalists and leadership by experienced expedition staff.
All miscellaneous services taxes and port charges throughout the programme.
Comprehensive pre-departure material.
Carbon offset for your voyage and flights if booked through us.

Transfers to and from the vessel.
Cancellation and personal insurance.
Passports and visas.
Arrival and departure tax.
Meals ashore.
Baggage.
Items of a personal nature (alcohol, laundry etc).
Tips.

Fuel surcharge:
A fuel surcharge will apply if the price of Brent crude reaches US$120, 90 days before the voyage