Indigenous people have traditionally lived with the forest - it provides for them and so their cultures have largely evolved to respect this.

Europeans have grown to want ownership of land and transform natural habitats by extracting resources such as timber and minerals; converting it into controlled urban areas and agricultural expanses of a single species of crop plant. This drive to extract and control has been happening in the Amazon since Spanish, Portuguese, British, French and Dutch first arrived; but the process accelerated enormously in the 1960s and continues at pace today. 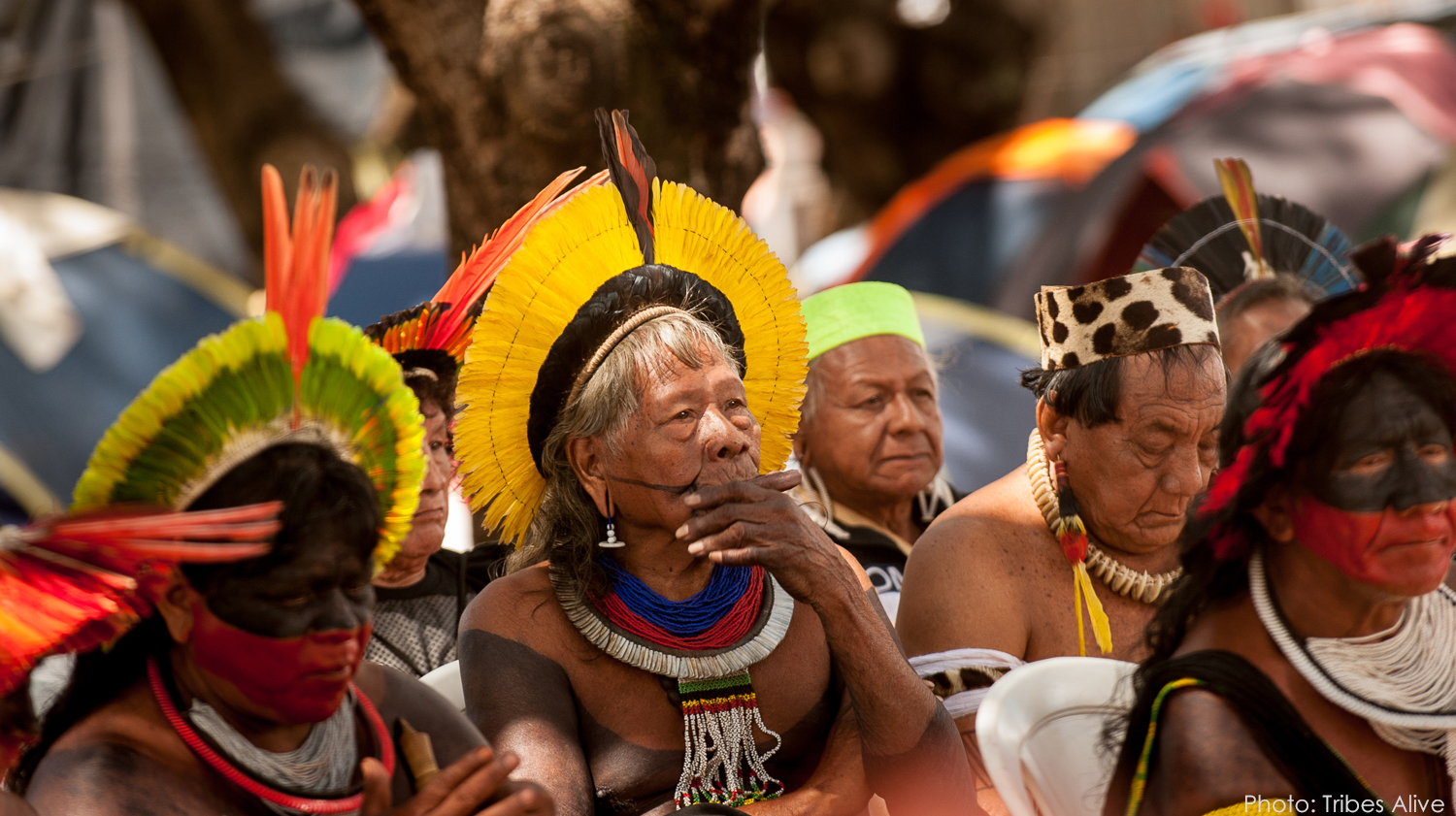 When Europeans first arrived in Latin America, indigenous people had no land rights and often became enslaved. Their populations plummeted, both through direct conquest and from European diseases against which they had no resistance. Interestingly, malaria did not exist in the Americas before Europeans brought it in; yet its first cure came from the Amazon rainforest: Quinine, an extract from the bark of the Cinchona tree.

Over recent decades, land rights have improved for indigenous people in the Amazon. However, their land continues to come under severe and dangerous pressure from companies and colonizers, who would like to take timber and minerals; and establish cattle ranches, small holdings and enormous monocultures of soya and other crops.

As outsiders surround indigenous areas, the lives of indigenous people can become very dangerous as they are forced to defend their land against illegal cutting of trees and occupation. The Kayapo people of the Xingu River in central Brazil, are well noted for the incursions they have had to face. This struggle as made famous by the rock singer, Sting, when he visited the area in late 1980s.

Efforts by the Kayapo help the entire planet, by retaining rainforest whilst areas surrounding them continue to be cleared and burned. Satellite images of the Xingu area of Brazil show this very clearly. First of all, dark green of rainforest cover in 1984 is significantly higher than in 2014. Areas which are indigenous owned, however (surrounded by yellow margins), still show high rainforest cover in 2014.

Burning of forest contributes about 10% of global Carbon Dioxide emissions each year. Rainforest also protects millions of species of animal and plant, some of which are lost forever each day, as rich and diverse forest is destroyed. Indigenous people and their ways of life also deserve as much respect and legal protection as anyone else's, which is why, during these difficult times in which COVID-19 is spreading fast across Brazil, we have chosen to support Rainforest Concern's Appeal: Stopping COVID-19 in the Amazon.

No culture stands still and indigenous communities move forwards with the rest of us. In the Ecuadorian Amazon, the cash economy has created difficult decisions for indigenous people. On the one hand, extractive industries such as oil and gas have presented opportunities for cash handouts. These come at a cost, of course, leading to significant destruction of rainforest. Alternative visions presented by NGOs have encouraged some communities to reject these options and turn to ecotourism instead. You can visit one of these initiatives on an Amazon Wildlife & Conservation Insights Adventure (31st Aug - 4th Sept, 2021), which will be led by Aqua-Firma director, Ralph Pannell. Ralph worked throughout Ecuador for Rainforest Concern and first visited this particular area of forest on a primate research and indigenous medical expedition.

Stopping COVID-19 in the Amazon