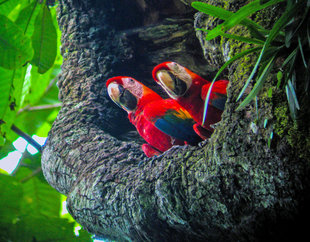 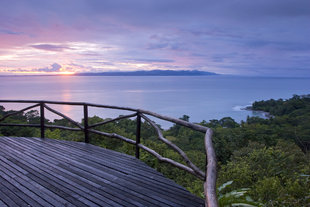 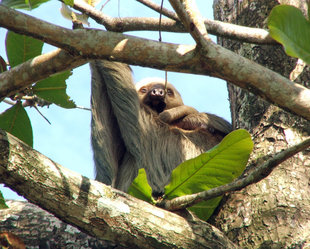 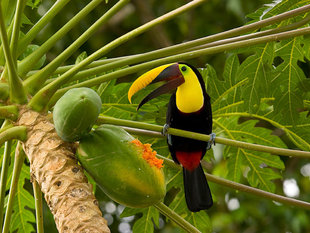 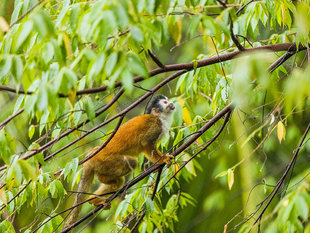 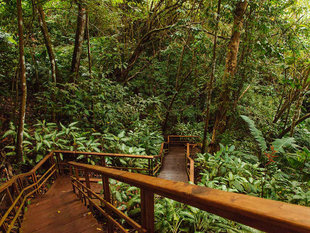 Corcovado National Park in the Osa Peninsula is an area of outstanding ecological diversity and abundant flora and fauna – possibly the most important location in Costa Rica for a wildlife and marine life enthusiast to visit. The 41,788 hectare Corcovado National Park contains a myriad of environments which has produced a phenomenal array of plant and animal species. This awe inspiring national park led National Geographic to call it ‘the most biologically intense place on Earth’ and it’s not difficult to see why. There are over 500 tree species, 367 birds, 140 mammals, 117 reptiles and amphibians, 40 species of fresh water fish. A tropical naturalist’s paradise, the Corcovado harbours several species which are either endangered or absent from the rest of the country. These include the country’s largest population of jaguar, American crocodiles, caiman and Baird’s tapir. The park is also home to many species of colourful poison dart frogs, sleepy two toed and three toed sloths and though rarely seen, the threatened Harpy Eagle.

Monkeys of the Corcovado

The Corcovado is also home to all four species of monkey present in Costa Rica. These are the mantled howler monkey (Alouatta palliata), Geoffroy’s spider monkey (Ateles geoffroyi), red-backed squirrel monkey (Saimiri oerstedii) and white faced capuchin (Cebus capucinus) – the New World’s most intelligent primate.  It is not unusual in many parts of the park to hear several troops of monkey at a time. Where you don’t tend to hear them is on the forested shores of the park. There may be many troops within close range, even wandering onto the beach, but the sound of Pacific surf takes over.

Birdlife of the Corcovado

The Corcovado is an excellent place to see scarlet macaws and an abundance of parrots and other bird such as the king vulture, chestnut-mandibled toucan, prevost cacique, tovi parakeet, bronze-tailed sicklebill, plush tanager, great tinamou and northern jacana. Along the coast you will always be able to see primordial looking pelicans gliding in formation out to sea.

Marine Life of the Corcovado

Humpback whales (Megaptera novaeangliae) frequently pass through the area, migrating to and from feeding and mating grounds. Migrations take place in December – April and July – November creating the longest whale season anywhere in the world. This is due to migrations into these seas from both northern and southern hemisphere humpback populations. In total, there are 25 known species of whales and dolphins that either reside or pass through the region. Other species include orcas, false killer whales, Pacific bottlenose dolphin (T. truncatus gillii) and pantropical spotted dolphins.

The Corcovado is also an important breeding ground for sea turtles. There are four species known to nest here.  These are the olive ridley turtle, green turtle, leatherback turtle, hawksbill turtle.

The large number of sea turtles sustains both land and water based predators. Sharks can be found in abundance around the coast of the Corcovado and those most commonly sighted are bull sharks and white tip reef sharks. Whale sharks are also sometimes seen. Bull sharks have the ability to penetrate fresh water and estuarine systems. They can often be seen travelling into the Corcovado’s river systems at high tide in search of food. To get an enhanced view of this abundance of marine life a snorkeling or diving trip to the Isla del Caño Island Biological Reserve is highly recommended.

Both northern and southern Corcovado have their advantages. In the north you have the ability to gain speedy access to the parks fantastic range of environments and wildlife as well as being in close proximity to the Isla del Caño Biological Reserve. In the south you have equally fantastic primary rainforest, more dramatic coastal topography and the chance to stay at Costa Rica’s most premium ecolodge. 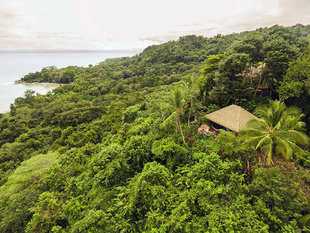 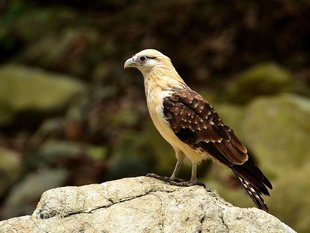 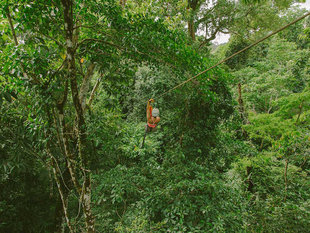 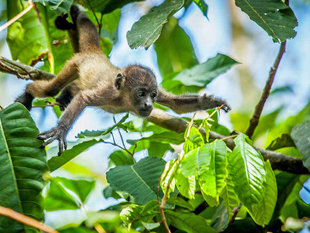 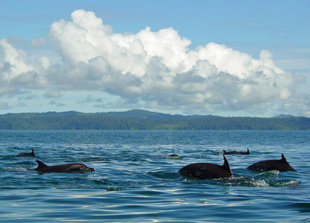 FROM
US$2,750
13 or 15 days tailor made. Available year round. Tailor made trip for any duration
View details